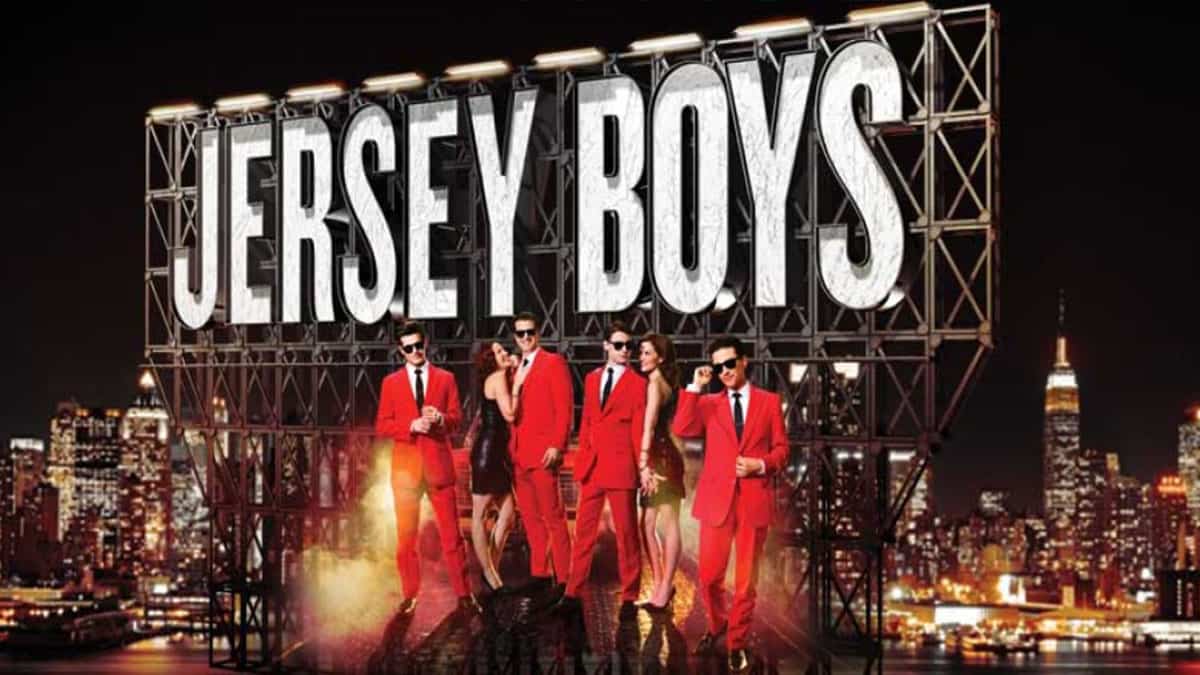 Jersey Boys is the Broadway musical 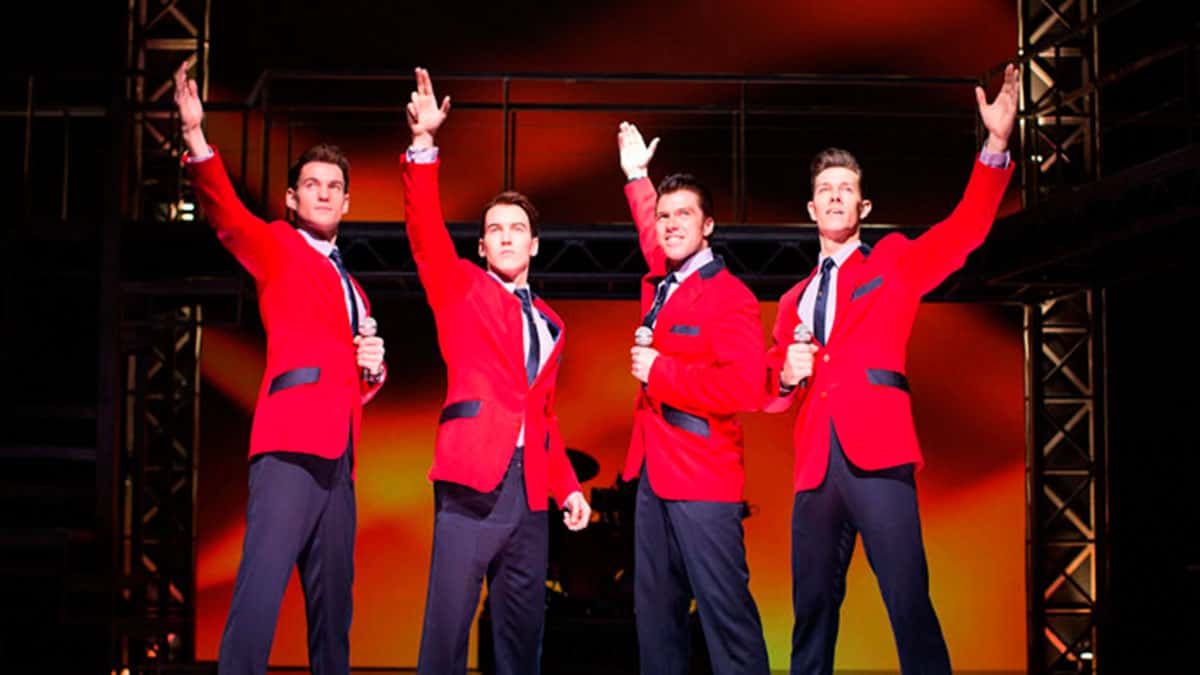 Jersey Boys is the Broadway musical based on the most successful life story of Frankie Valli and The Four Seasons: Frankie Valli, Bob Gaudio, Tommy DeVito and Nick Massi. The musical narrates the lives of a group of unknown New Jersey boys who became one of the biggest American pop music sensations of all time. They wrote their own songs, invented their own sounds and sold 175 million records worldwide — all before they were thirty. Jersey Boys features their hit songs “Sherry,” “Big Girls Don’t Cry, “Walk Like a Man” “Rag Doll,” “Oh What a Night,” and “Can’t Take My Eyes Off You,” among others. Unlike most jukebox musicals, Jersey Boys boasts a significant role in storytelling that created die hearted fans for them

The story dramatizes the forming, rise and eventual break-up of the original four members of The Four Seasons using many of the group’s hit songs. The musical is separated into four “seasons”, as Spring, Summer, Fall and Winter, each narrated by a different member of the band. Each member of the band has their own contributions and horizon to the albums.

Jersey Boys officially made their band debut in New York on November 6, 2005, at the August Wilson Theatre. It was a Sunday, the people enjoyed the performance of Jersey Boys in New York with full of excitement. The cast starred John Lloyd Young as Frankie Valli, Christian Hoff as Tommy DeVito, Daniel Reichard as Bob Gaudio and J. Robert Spencer as Nick Massi, with music direction by the two times Tony Award-winning director Des McAnuff and choreography by Sergio Trujillo. 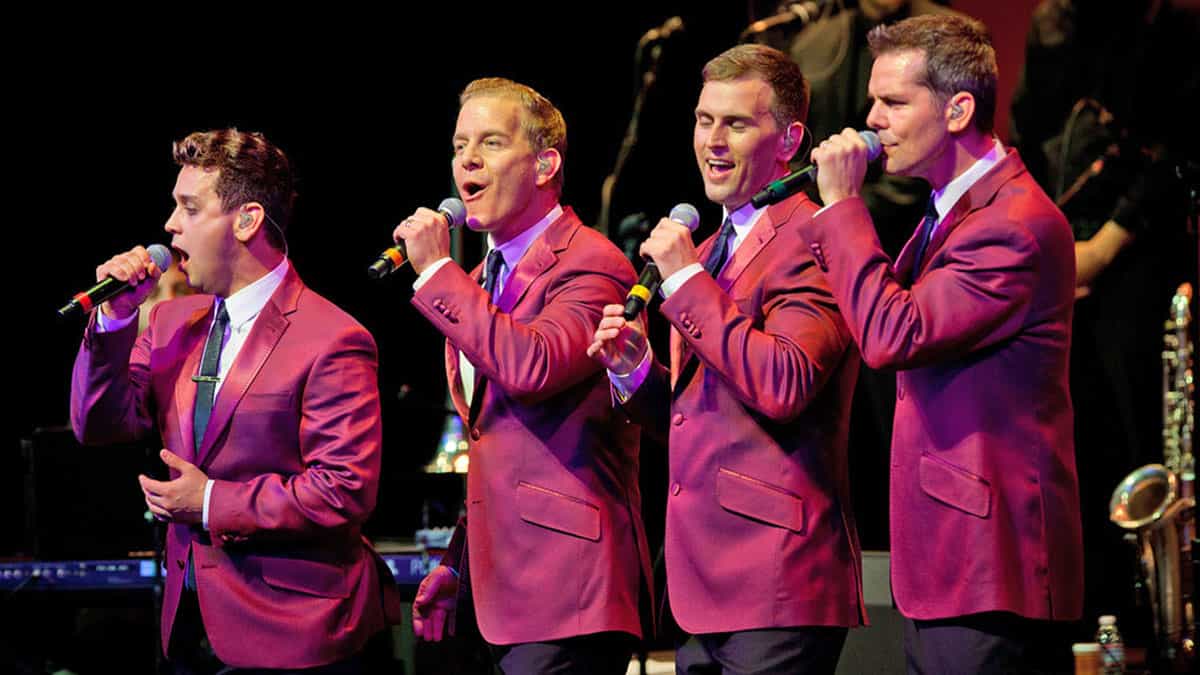 Jersey Boys won the Tony Awards including the Best Musical for their performance at the Broadway theatres of New York, especially John Lloyd Young’s authentic performance as Frankie Valli. Now Jersey Boys is in New York to bring back the excitements by their whooping performances at the August Wilson Theatre. Excite with the hit songs of Jersey Boys like “Can’t Take My Eyes Off You,” “Sherree” “Working My Way Back to You,” “Oh What A Night,” “Rag Doll,” and “Big Girls Don’t Cry,”

Venue and Show Times:
Performances of Jersey Boys at New World Stages – Stage 1 of New York are held as evening shows from Tuesdays to Thursdays at 7 PM, Fridays and Saturdays at 8 PM. Matinee shows are at 2 PM on Wednesdays and Saturdays and at 3 PM on Sundays.
340 West 50th Street New York, NY 10019

Running time:
2 hours and 30 minutes including a 15-minute intermission.